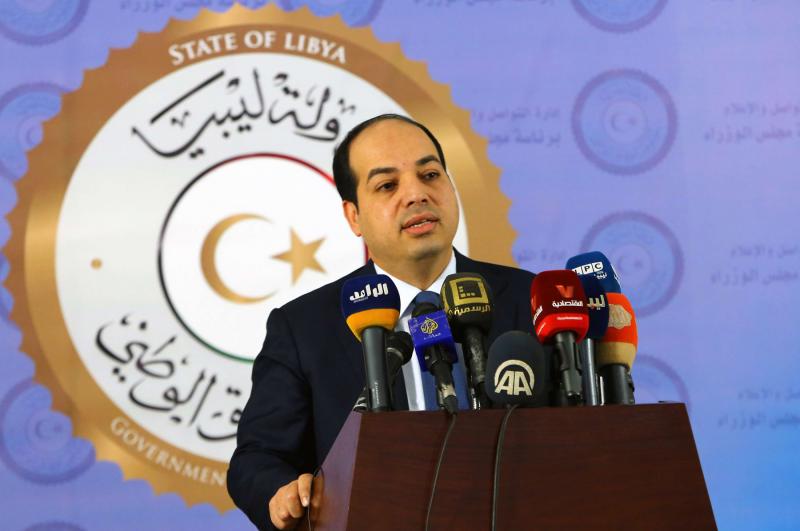 In September 2020, Ahmed Maiteeq deputy prime minister of Libya’s Government of National Accord (GNA) reached an agreement with Khalifa Haftar, commander of the Libyan National Army, to resume oil production. On September 18, Haftar announced the resumption of oil production and exports from Libyan ports after months of blockade.

This event marked a turning point in the development of the peace process in Libya.

The LNA had blocked oil exports since early 2020. Haftar’s supporters were displeased that the revenues from the exports went to their political opponents – the Tripoli-based GNA and the GNA-supporting militias.

As a result of the negotiations, an agreement was reached that provided for a fair distribution of oil for the benefit of all Libyans and a committee composed of representatives of both sides in the conflict in Libya.

Three months had passed since the agreement between Maiteeq and Haftar. Since then, it has become clear that this agreement has solved many of Libya’s economic problems. In particular, Libya’s daily oil production exceeded one million barrels in November. This is roughly the amount produced before Libya’s oil exports were suspended.

In November Ahmed Maiteeq also said that on the basis of the achieved results he plans to further develop the Libyan economy. In particular, to unify the exchange rate, open the clearing and bank payment systems. According to him, this will allow Tripoli to get more profit from sales of oil products.

This plan is implemented today. On 16 December, members of the Board of Directors of the Central Bank of Libya were able to meet for the first time in five years and decided to unify the exchange rate.

The United Nations Support Mission in Libya (UNSMIL) applauded this decision as “an important and much needed step towards alleviating the suffering of the Libyan people and a good sign that this vital sovereign institution is moving towards unification.

Acting Special Representative of the Secretary-General Stephanie Williams urged Libyan politicians to emulate economic negotiators “to demonstrate similar courage, determination and leadership to put aside their personal interests and overcome their differences for the sake of the Libyan people”.

Moreover, it was the agreement on oil production that started all the dialogues that have taken place in recent times, from the negotiations of foreign military opponents to the Libyan Political Dialogue Forum, which started at the beginning of November.

It allowed the movement toward stability in the country to begin, laying the groundwork for political reconciliation. Just as importantly, it was inclusive dialogue. Despite the reluctance of many representatives of the GNA to negotiate with Khalifa Haftar, it was this approach that enabled Ahmed Maiteeq to succeed and begin to de facto unify the country.

This opened the way for negotiations with all parts of Libyan society, be they supporters of the GNA, Khalifa Haftar or even the former loyalists of the regime of Muammar Qaddafi, who was overthrown in 2011.

“If part of the Libyans considers Haftar their representative, then it is legitimate to include him in the political process,” Ahmed Maitig told the Italian newspaper Corriere della Sera in November.

“Isolation is useless, it only creates opportunities for war,” Maitig stressed.

Now, judging by the statement of the United Nations Support Mission in Libya (UNSMIL), other Libyan politicians should begin to learn from Ahmed Maiteeq. This politician has demonstrated that he is capable of negotiating with the other side. This call is especially relevant against the background of the failed Libyan Political Dialogue Forum held under the auspices of the UN. So far, the forum has only been able to set a date for elections in Libya – next December. However, numerous disagreements and accusations of bribing delegates have so far cast doubt on its results.