Huawei reportedly starts work on its own chip fab

The US embargo has made it almost impossible for Huawei to buy chips, so it has no alternative but to develop the capability to make them for itself, writes Scott Bicheno.

That process is formally underway, according to a report from the FT. The fab would be run by a partner company that seems to have access to state funds, which is also unsurprising. Huawei has become totemic in the geopolitical struggle between China and the US, so the Chinese state has every incentive to contribute as much to its survival as necessary, even if that does end up confirming suspicions about its deep ties to Chinese companies.

Huawei has no history of semiconductor manufacturing but, on paper, where there’s a will and sufficient funds, there should be a way. Just headhunt all the best talent from the likes of TSMC, Global Foundries, Intel and Samsung, buy all the kit they need and let them get on with it. There are a couple of major problems with this otherwise cunning plan, however.

The most immediate is that much of the kit any self-respecting chip fab needs is made by American companies such as Applied Materials. For Huawei, or any other Chinese company, to become completely autonomous in this area, therefore, requires a domestic semiconductor manufacturing equipment industry, which also seems to be lacking, or at least not up to scratch.

That’s why, even if Huawei can get this fab up and running within the next few months, it’s only expected to produce chips based on the 45nm manufacturing process, which is a full ten steps behind the latest one. So this fab will never be a solution for its smartphones, but it may be able to make networking chips for Huawei’s 5G kit by the end of 2022, which would at least save that side of the business.

There are a lot of ifs in those scenarios, however. Cutting-edge chip manufacture is a very tricky process, as illustrated by Intel’s recent struggles, and there’s little chance of Huawei ever getting close to the leaders in terms of manufacturing process. But that doesn’t mean it shouldn’t try and we should expect to hear many more announcements of Chinese firms switching to 100% domestic suppliers over the coming years. 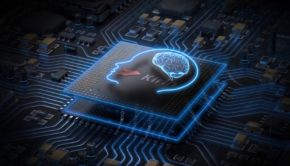 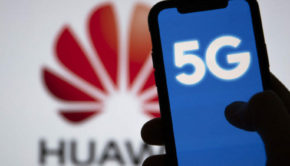 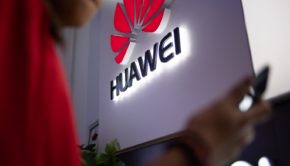