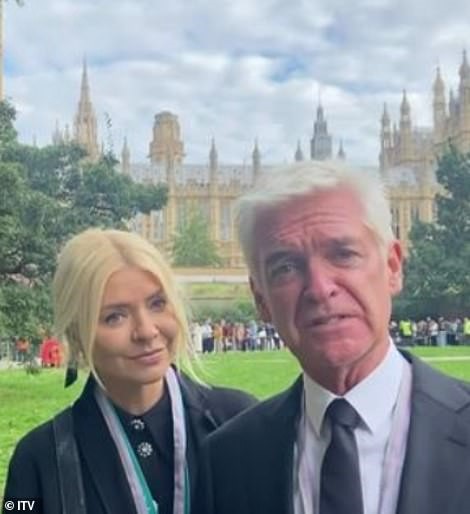 The woman who started an online petition for ITV presenters Holly Willoughby and Phillip Schofield to be sacked has said the campaign is “destroying” her.

More than 76,000 people have signed the protest after the This Morning presenters were accused of “queue jumping” to see the Queen lying in state.

An angry Laura Harrison started the petition on Chage.org – and started a frenzy of social media activity.

Ms Harrison said the presenters were “given privileges that deprived others”.

Many mourners queued for more than 20 hours to pay their last respects to Her Majesty.

Now, after whipping up the furore, Ms Harrison said she wanted “stand back”.

She wrote on the petition’s online page:

“I’ve asked ITV to deliver any responses relating to this to the public and not to me, as I won’t be following the news, or watching the programme, or sharing anything online, or through social media.

“I want nothing more than for this topic to end.

“I want positivity, not hostility and negativity.

“The concerns raised by this have been shared with Ofcom and ITV, and that’s all I can do.”

Both presenters have strenuously denied queue jumping – saying they were working journalists covering a story.

“They did not jump the queue, have VIP access, or file past the Queen lying in state.

“Instead, were there in a professional capacity as part of the world’s media to report on the event.”