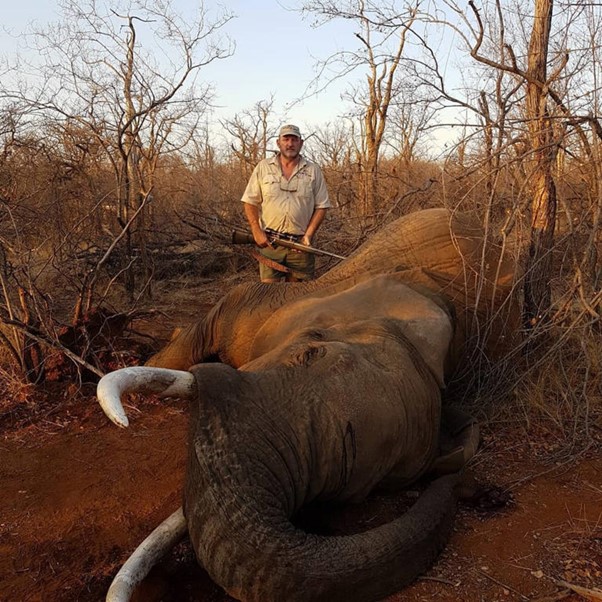 A wildlife trophy hunter who killed elephants and lions has been shot dead.

Riaan Naude, 55, was killed at close range when a car pulled up alongside him in the Limpopo region, South Africa.

Naude killed scores of African wildlife and posted pictures of himself next to their bodies.

“The man was lying with his face up and there was blood on his head and face.”

Robbery does not appear to be a motive.

The Heritage Protection Group, a not-for-profit group against rhino poaching, claim there are two suspects involved in the hunter’s murder.

“According to eyewitnesses, a white bakkie [truck] stopped next to him and shot him in cold blood at a short distance, after which the two suspects got out and only stole his pistol.

“They then jumped into the vehicle and raced in the direction of Marken.

“Traces were trampled on the scene.

“All the personal belongings were still in the vehicle, weapons, ammunition, hunting equipment and clothes were left as is.”