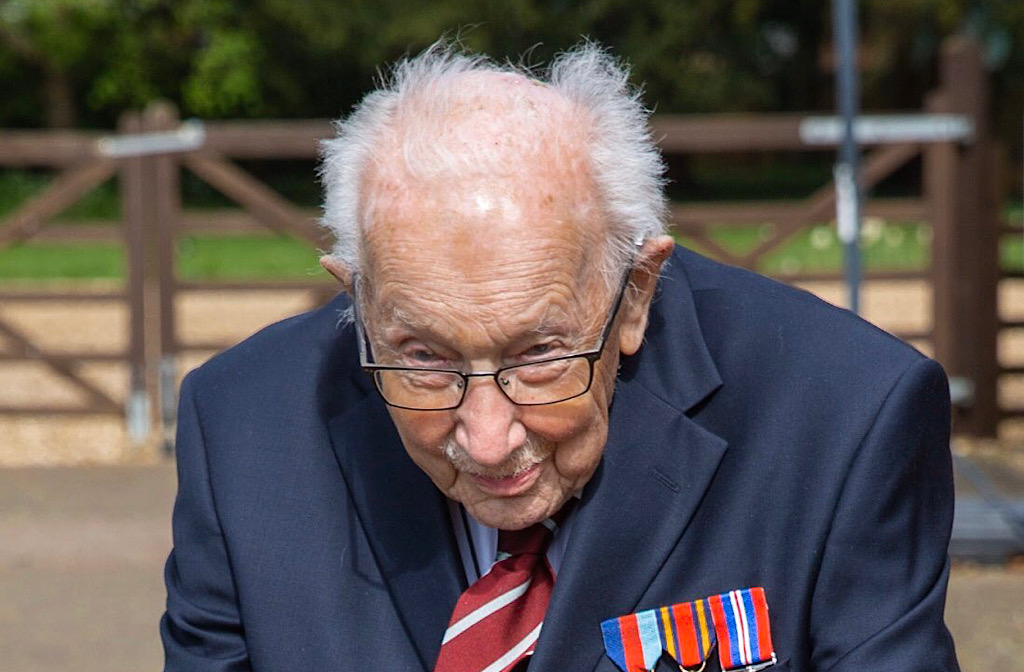 The Charity Commission is investigating a foundation set up in the name of fund raiser Captain Sir Tom Moore by his daughter.

The Commission is looking into a “significant profit” generated for a company run by Hannah Ingram-Moore and her husband Colin.

Sir Tom raised £38.9 million for the NHS after walking 100 laps of his garden before his 100th birthday.

Money raised for the NHS Charities Together appeal did not form part of the inquiry.

Sir Tom died of Covid-19, which he contracted in hospital, in February 2021.

The Charity Commission is looking at The Captain Tom Foundation set up in May 2020 by Sir Tom and his family.

The Charity Commission is concerned about arrangements between the charity and a company owned by Mr and Mrs Ingram-Moore.

They set up Club Nook Ltd in April 2020 and registered trademark variations of Sir Tom’s name.

Among the products on offer was “Captain Tom’s” gin with profits going to the foundation.

In March 2022, the publication of the first annual accounts of the foundation showed the charity incurred £240,000 costs and gave £160,000 to worthy causes.

The commission said it is concerned that a “failure to consider intellectual property and trademark issues” when the charity was set up gave Club Nook Ltd, “the opportunity to trademark variations of the name “Captain Tom” without objection from the charity”.

“This may have generated significant profit for the company,” it added.

Mr and Mrs Ingram-Moore said they “welcomed the press release issued by the Charity Commission, which has found no issues in the accounts of The Captain Tom Foundation, published in February 2022.”