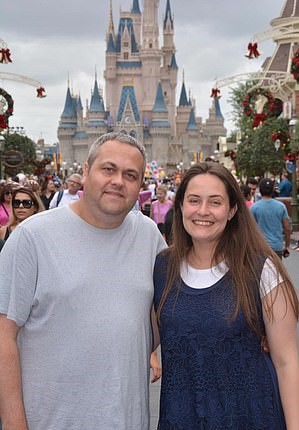 Andy Currie has kicked his 30 cans-a-day Pepsi addiction after having hypnotherapy.

The supermarket worker drank 10 litres of the fizzy drink every day for the last 20 years.

“I’ve always loved the taste of a cold Pepsi.

“Nothing could beat it and I just got hooked.

“I work nights so always liked the sugar rush to keep me going.

“I’d go through four or five two litre bottles of Pepsi every day.

“I work at Tesco, so I could buy it straight after work and take it home.”

“I just needed to have it.

“As soon as I woke up, I’d go to the fridge and pour myself a large glass of Pepsi and just carry on through the day.

“I remember going to weddings and birthdays and while other people had glasses of champagne, I’d be toasting people with a can of fizzy pop.”

Andy, 41, acted after his weight ballooned to 19 stones.

He shed two stones by dieting and exercising – but he couldn’t give up Pepsi.

After just one online hypnotherapy session, Andy drank water for the first time in 20 years.

Andy said: “David met me online and hypnotised me for about 40 minutes.

“I don’t know what he said but afterwards I just didn’t want to drink it anymore.

“I’ve still have two cans of Pepsi in my fridge which I was going to have before the session but didn’t have time.

“I haven’t touched them in a month and don’t plan to.

David, based in London, said Andy’s addiction was the “worst he had ever heard of”.

He added: “Resigned to addiction, Andy was overweight, anxious, and struggled to say words because he was so breathless.

“This kind of addiction is very dangerous and puts huge pressure on your vital organs.”