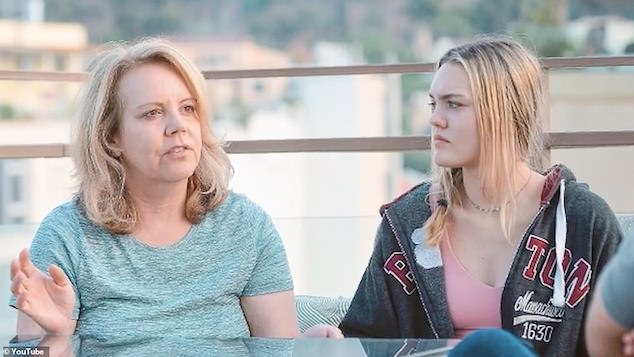 Two holidaymakers were charged more than £500 for two drinks and a plate of crab legs.

The couple were served at a beach bar in Mykonos in Greece.

Brenda Moulton and her daughter Kaylea, 19, claim the DK Oyster Bar “lured” them in before grossly over charging them for the snack.

“An employee of one of the restaurants in Platis Gialos jumped in front of us and started saying persistently: “Sit here! Sit here!”

The couple said they had a mojito each and one plate of crab to share.

She claimed a member of staff told her to pay or she would not be allowed to leave the country.

She said: “He said he would call the police.”

“’They will keep you here and you will not return to your homeland.

“We can easily find where you live’”.

Under duress, the holidaymakers paid and left the restaurant.

However, they lingered outside to warn other potential customers to stay clear of the DK Oyster Bar.

Ms Moulton says “the ‘boss’ of the store came out furious and approached us in a threatening mood”.

Ms Moulton is now taking legal action against the bar.

Platis Gialos is famous for its expensive luxury hotels and restaurants.

Consumer reports of rip-offs in the area are common.

One recent review of the DK Oyster Bar said:

“Pushy staff will trick you into a higher bill… and intimidate you into paying it”.

Another said: “The bill was over €400 for a couple of badly made drinks”.