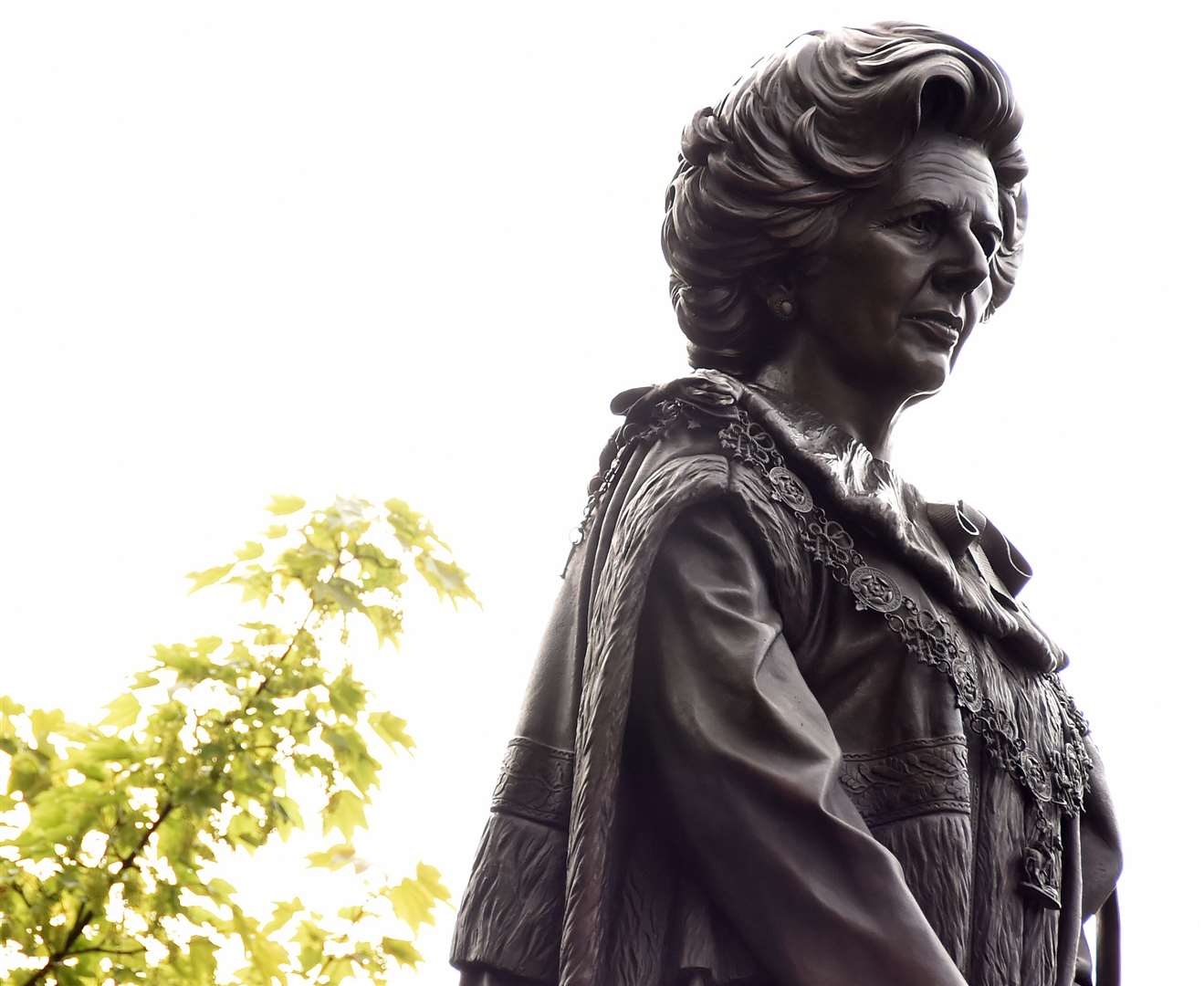 A statue of former Prime Minister Margaret Thatcher has been vandalised for the second time in two weeks.

Vandals threw red paint over the monument in her birthplace of Grantham, Lincolnshire.

Communist symbols – a hammer and sickle – were also daubed on fencing surrounding the £300,000 bronze work.

Lincolnshire Police confirmed it was treating the incident as criminal damage.

A spokesman for the force said:

“We received reports of a person shown on CCTV acting suspiciously near the site.

“Officers attended and found graffiti had been spray painted onto the barriers surrounding the statue, no damage was thought to have been caused to the statue itself.

“This is being treated as criminal damage and an enquiry is ongoing.”

Peter Tully, who shared photos of the vandalism, described the statue was “controversial” and told Lincolnshire Live:

Within hours of the controversial statue being unveiled two weeks ago it was pelted with eggs.

Jeremy Webster, a deputy director at the University of Leicester’s Attenborough Arts Centre, was fined £90 for the offence.