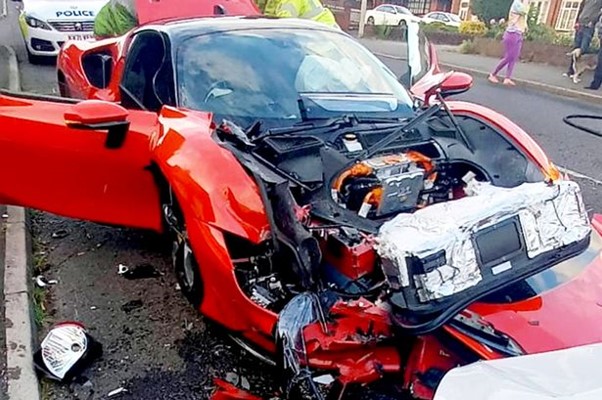 The owner of a £500,000 Ferrari SF90 was left devastated when the car was left twisted and mangled after a crash.

The 211 mph Ferrari – said to be the quickest car of the decade – was left in bits after the accident in the West Midlands.

The car – which can go from 0-124 mph in under seven seconds – was found by the emergency services in Halesowen.

It appears to to have hit three other vehicles.

No one was injured in the incident. 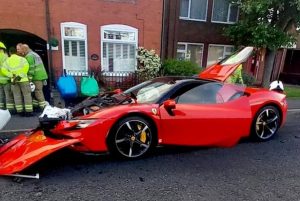 “Please be careful when out and about.”

“Looks nasty, how gutted would you be??

“Hope everyone is ok.”

“That’s going to cost some serious money to put right.

“I’d be devastated, that car cost more than my house.”