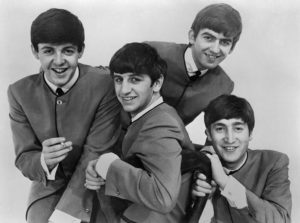 Beatle John Lennon was behind the break-up of the group – and not Sir Paul McCartney.

For nearly 50 years Sir Paul has taken the brunt of blame for the end of the world’s “greatest band”.

Now, in an interview with the BBC, he has put the record straight.

He said: “I didn’t instigate the split. That was our Johnny.

“I am not the person who instigated the split.

“Oh no, no, no. John walked into a room one day and said I am leaving the Beatles.

“And he said, ‘It’s quite thrilling, it’s rather like a divorce.’

“And then we were left to pick up the pieces.”

When asked if The Beatles would have carried on if John had stayed Sir Paul said:

“The point of it really was that John was making a new life with Yoko and he wanted… to lie in bed for a week in Amsterdam for peace.

“You couldn’t argue with that.

“It was the most difficult period of my life.”

“I wanted it to continue.

“I thought we were doing some pretty good stuff – Abbey Road, Let It Be, not bad – and I thought we could continue.”