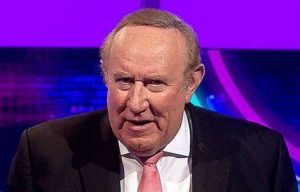 Broadcaster Andrew Neil has resigned as chairman of GB News.

The decision is a major blow for the fledgling channel.

It has been beset with technical problems, an advertising boycott, and falling morale among the staff.

Mr Neil, 72, will continue to present and be a guest commentator.

He said: “I am sorry to go but I have concluded that it is time to reduce my commitments on a number of fronts.

“Over the summer I’ve had time to reflect on my extensive portfolio of interests and decided it was time to cut back.”

“I wish GB News well in continuing to fulfil its founding promise and mission to reach audiences currently undeserved by existing news broadcasters.”

His resignation was accepted.

GB News said: “Andrew is without doubt one of the finest journalists and interviewers in this country.

“GB News thanks him for his 12 months of leadership, wisdom and advice and we wish him well.”

GB News reflects a right-wing agenda – and it’s said the production team is “concerned” about the way the station is going.

The channel returned zero viewing figures after a presenter “took the knee” live on air.