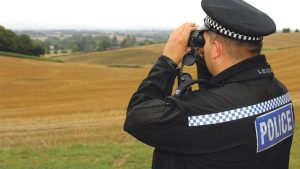 The gangs – known as “rural wraiths” – have become more sophisticated in targeting farms and machinery.

Overall, last year more than £43 million was claimed from insurers by farmers in Britain.

The number of rural thefts has, however, dropped.

“Rural thieves are becoming more and more sophisticated to get round high levels of security on modern farm machinery.

“The pattern we are increasingly seeing is of gangs who patiently watch farms from a distance to discover where expensive tractor GPS kit is stored.

“They generally return at night to steal and are now using silent electric scooters to get into farmyards undetected and make off at high speed.

“Thieves are also becoming even slicker stealing quad bikes – watching for hours to rush into farm yards and steal them when they are left unattended for a few minutes.”

“While lockdown may have locked some criminals out of the countryside – rural crime hasn’t gone away.

“Thieves are now returning armed with new tactics and targets.

“As the economic impact of the pandemic bites, we are concerned that rural theft may escalate significantly.

“Organised criminal gangs also continued to target farmyards for high-value GPS systems, quad bikes and tractors with the cost of agricultural vehicle theft remaining at over £9 million – only a 2 percent drop in cost from 2019.”