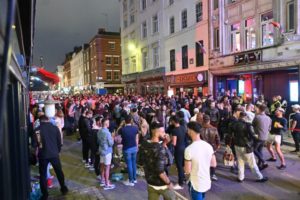 The police will stop people in the streets of London and ask why they are out and about during the lockdown.

Scotland Yard has warned it is to toughen up its approach to rule breakers.

It says – with an NHS under immense pressure – it can no longer spend time explaining and encouraging to people to stay at home.

People will be fined if they do not have a good enough reason to be outside.

“With fewer ‘reasonable excuses’ for people to be away from their home in the regulations, Londoners can expect officers to be more inquisitive as to why they see them out and about.

“Where officers identify people without a lawful reason to be away from home, they can expect officers to move more quickly to enforcement.”

People found organizing events like house parties can be fined £10,000.

The clampdown also covers people not wearing masks when they should.

The move follows a New Year which saw officers break up 58 unlicensed music events in London. 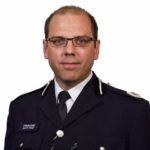 “After 10 months of this pandemic, the number of people who are genuinely not aware of the restrictions and the reasons they are in place is vanishingly small.

“We know the overwhelming majority of Londoners will do the right thing by staying at home, wearing masks and not gathering, but a small minority continue to ignore rules put in place to protect the NHS and save lives.

“Our first duty as police officers is to preserve life.

“The critical situation our NHS colleagues are facing and the way the new virus variant moves through communities means we can no longer spend our time explaining or encouraging people to follow rules they are wilfully and dangerously breaching.

“Less than a month ago, we launched a new digital fines system which makes it quicker and easier for officers to issue fines on the spot.

“Since its launch, more people have been reported for fines than in the rest of the year combined.

“This is also an indicator of a worsening position in the epidemic and officers stepping in more quickly to try to keep communities safe.

“I hope it is not necessary for this particular trend to carry on – but if people continue to break the rules, putting themselves, their families and their communities at greater risk, our officers are ready to act robustly.

“This is why Londoners must take action now to stop this virus spreading further across our city.

“Action now by everyone will help reduce the time our capital must live with these restrictions and, crucially, will prevent more people from dying needlessly because of this virus.