Britain wakes up to a “white Christmas” 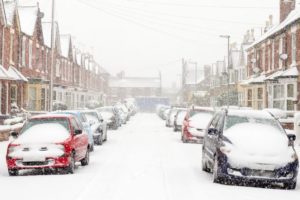 It’s a “white Christmas” in Britain for the first time in years.

The Met Office officially declared it “white” as early morning snow was spotted up and down the country.

Alex Burkill, at the Met Office, said there would be “harsh widespread frost” for many first thing Christmas morning.

“So, it could be a ‘white’ Christmas in as much as lots of people are going to wake up to a frost,” he said.

“For most areas it’s going to be a pretty dry day, just cold, but there is a chance we could see a few showers of snow across eastern parts of England, particularly early on Christmas Day.”