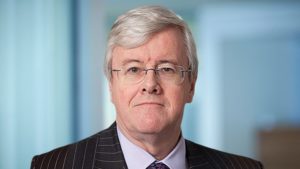 The chairman of the UK’s biggest supermarket said the end of the transition period could see a temporary disruption in the food supply.

And it would trigger tariffs.

“Those almost inevitably are going to lead to higher prices and I think if we go out on no deal basis that is unavoidable.

“We may see some shortages of fresh foods, particularly short-life fresh foods.

“I think that will only be for a limited period, perhaps a month or two, before we get back to normal.

“I don’t think there is any reason at all for any consumer to panic or panic buy at the moment, there is still going to be plenty of food in the UK, there may just be slightly restricted choice for a period of time.”