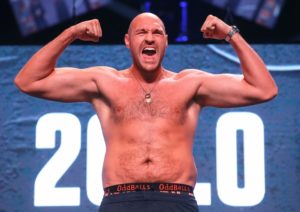 World heavyweight boxing champion Tyson Fury is to stay on the shortlist for BBC Sports Personality of the Year.

Despite his nomination 32-year-old Fury insisted he be taken off the list.

In a video posted on social media he said he was “the people’s champion and have no need for verification or any awards”.

He added: “I know who I am and what I’ve done in the sport.

“I have the love of the people which means more to me than all the awards in the world.”

However, the BBC has decided the boxer will stay on the list.

“The shortlist is decided by an independent expert panel who choose contenders based on their sporting achievement in a given year.

“On this basis Tyson Fury will remain on the list for 2020.

“As always the winner will be decided by the public voting during the live show and it is of course up to Tyson if he chooses to participate in the show.”