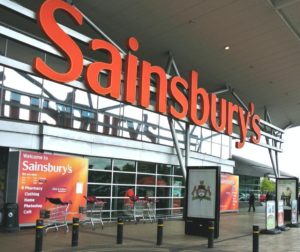 Three of Britain’s biggest supermarket will return to the Government £1.3 billion given in coronavirus aid.

Sainsbury’s has joined the list to hand back the money alongside Tesco and Morrisons.

Tesco led the way by announcing it would hand back £585 million.

It was quickly followed by Morrisons.

Sainsbury’s said it had taken the decision because it had benefitted from its retail standing.

The hand-back now leaves Asda as the only member of the “big four” supermarkets to decide if it should follow suit.

The Co-op said it will decide in the New Year.

But Waitrose appears to have ruled out a hand-back after investing its windfall in its operations.

Marks and Spencer said it had no plans to give back more than £80m it had received.

Like Waitrose – part of the John Lewis group – its department stores have taken a hammering during the lockdown.

“While we have incurred significant costs in keeping colleagues and customers safe, food and other essential retailers have benefited from being able to open throughout.

“With regional restrictions likely to remain in place for some time, we believe it is now fair and right to forgo the business rates relief that we have been given on all Sainsbury’s stores.

“We are very mindful that non-essential retailers and many other businesses have been forced to close again in the second lockdown and we hope that this goes some way towards helping them.

“We continue to urge Government to review the business rates system to create more of a level playing field between physical and online retailers.”