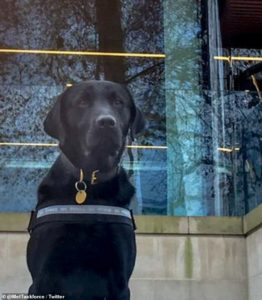 A Labrador who was “too friendly” to be a police sniffer dog has a new job.

Most dogs who don’t cut the mustard as a sniffer are dropped.

Trainers found Dexter “lacked focus” and was “too gregarious”.

However, his temperament was perfect to help officers with the stress and trauma of working in London – particularly during the pandemic. 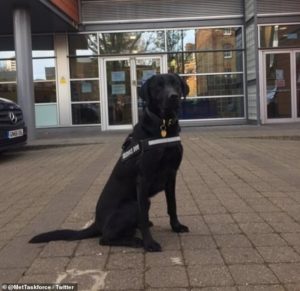 “He’s got a really good nose on him, it’s just that his personality didn’t lend itself to being a drugs dog.

“He’s just too good around people – he was too sociable.

“He also started to show signs of distress in training.

“If a dog isn’t settling or isn’t happy in their role it’s our duty to take them out.

“It was like one of my old school reports – lacked focus.

“They actually used the word gregarious.”

PC Sheather began taking Dexter to meet staff in May as they dealt with the pandemic.

He said: “They were going into the community, recording ‘life extinct’ and preparing the bodies for collecting.

“They’d been doing it for two or three months.”

The officer noticed an increase in morale when people interacted with Dexter.

It’s now hoped a “wellbeing” dog scheme could be rolled out across the country’s police forces.