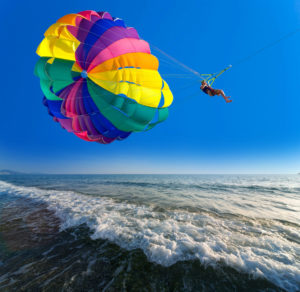 Two British teenagers have been killed in a parasailing accident on the island of Rhodes.

Another 15-year-old boy is in hospital with serious multiple injuries.

It’s believed the two who died are his 13-year-old brother and 15-year-old female cousin.

The bodies were found near Lindos.

The three youngsters were out parasailing when the rope connected to the speed boat was “cut”.

The driver alerted the coastguard.

The Greek coastguard said in a statement:

“They were following a speedboat.

“The rope was cut.

“The boy and the girl were killed, and another was heavily injured and brought to hospital.

“It is under investigation about how the rope was cut.”

The incident happened during high winds.

The boat’s driver and another person have been arrested.

“We are supporting the family of two British people following their death in Rhodes and are in contact with the Greek authorities.”