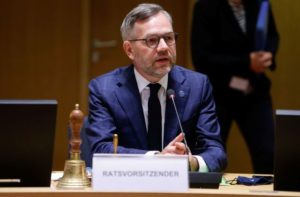 The EU is preparing for a “worst case” no deal, claims a senior German official.

Michael Roth, Germany’s Europe Minister, said time was running out to secure a deal before the end of the year.

Mr Roth said for talks to progress Britain would have to give way on fishing rights and how a deal would be governed.

“Frankly speaking, we are at a very critical stage in the negotiations.

“We are extremely under pressure; time is running out.

“That’s why we expect substantial progress by our friends from the UK in key areas.

“We are well-prepared for both scenarios, everybody should know that a no-deal scenario is the worst case, not just for the European Union but also for the United Kingdom, but we are also prepared for that.

“But we are working very hard on a good deal, on a sustainable deal which is acceptable for both sides.”

Meanwhile, Britain’s Europe adviser Lord Frost is engaged in talks ahead of an EU summit meeting on Thursday.