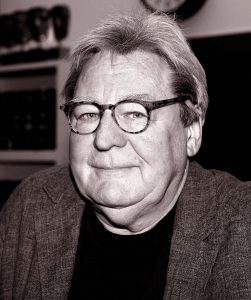 Sir Alan is survived by his wife Lisa Moran-Parker, his children Lucy, Alexander, Jake, Nathan and Henry, and seven grandchildren.

“Alan was my oldest and closest friend, I was always in awe of his talent.

“My life and those of many others who loved and respected him will never be the same again.”

He started out in advertising as a copywriter before moving into directing television commercials.

The cast was made up of children.

His next film was the dark and disturbing Midnight Express.

It’s a harrowing true story of a young American desperate to escape a hellish Turkish prison after being caught with drugs.

Four years later he directed Pink Floyd – The Wall, the feature film adaptation of the band’s seminal album, which became a cult classic among music lovers.

Sir Alan was made a CBE for services to the British film industry in 1995 and was knighted in 2002.

He received the BAFTA Academy Fellowship Award, the body’s highest honour, in 2013.