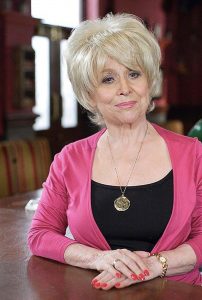 Dame Barbara Windsor has moved to full-time residential care after her Alzheimer’s worsened during lockdown.

The 82-year-old former EastEnders and Carry On film star has gone to a home in London.

Scott Mitchell, her husband, said the decision had been taken on the advice of her neurologist.

“I feel I’m on an emotional rollercoaster.

“I walk around, trying to keep busy, then burst into tears.

“It’s always been my biggest fear that one day I would have to take her somewhere and she’d be thinking: ‘Why would he do this to me?’

“That fear has become a reality.

“It’s something I never wanted.”

Mr Mitchell said about leaving his wife at the centre:

“I felt sick in the pit of my stomach that I’d left her.