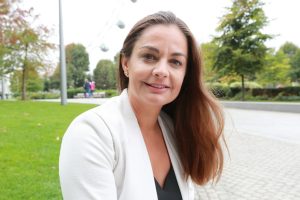 The Liberal Democrat candidate for London mayor has pulled out of the election.

Siobhan Benita, 48, cited the unpaid role was “very difficult to combine with other work”.

The mayoral election was planned for this May but the coronavirus pandemic set it back until 2021.

Ms Benita said: “It has been a privilege to campaign as the Lib Dem candidate for the past 18 months.

“The demands of being a candidate are significant, particularly for an election of this scale.

“The nature of the role, which is unpaid, makes it very difficult to combine with other work.

“Sadly, at this stage, I’m simply not able to commit to another full year of campaigning.

“I wish the very best of luck to my successor and look forward to supporting their campaign for a better London.”

Ms Benita is the second major candidate to leave the contest after independent Rory Stewart stood down in early May.

He said at the time:

“While the considerable challenges of running as an independent were manageable for a normal race, they are forbidding for an extended and delayed election.”

“It is with sadness that we understand Siobhan’s decision to step down at this time.

“We put on record our sincere thanks and wish her the very best of luck in the future.”