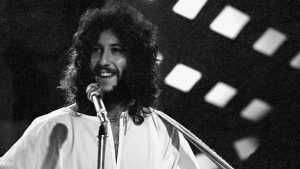 Fleetwood Mac co-founder Peter Green has died. He was aged 73.

Green started up the group with drummer Mick Fleetwood in 1967.

However, the guitarist left the band in 1970 after struggling with mental health problems.

“It is with great sadness that the family of Peter Green announce his death this weekend, peacefully in his sleep.

“A further statement will be provided in the coming days.”

He was among the eight members of the band – along with Fleetwood, Stevie Nicks, Lindsey Buckingham, John McVie, Christine McVie, Danny Kirwan and Jeremy Spencer – who were inducted into the Rock & Roll Hall of Fame in 1998.