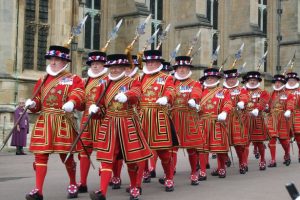 Yeoman Warders – “Beefeaters” – who guard the Tower of London, face redundancies for the first time in 535 years.

The coronavirus pandemic has all but ended tourism to the world-famous attraction.

The Tower houses the Crown Jewels.

It has 37 Yeoman Warders who live inside the grounds with their families.

“We simply have no choice but to reduce our payroll costs.

“We are heartbroken that it has come to this.”

The Yeoman Warders were formed in 1485 by the first Tudor king, Henry VII.

In 1509 Henry VIII moved his official residence from the Tower of London.

However, it was still a royal palace and a dozen Yeoman were garrisoned there.

They’ve remained ever since.