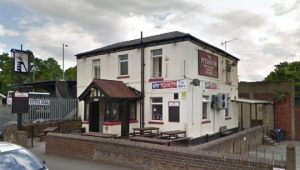 A pub has lost its licence after a police raid found drinkers hiding in cupboards during lockdown.

The Pitsmoor Hotel in Sheffield was searched on April 24th after reports it was still serving customers.

Licensee Paul Greasby was told to close the premises.

But when the police returned the following day – after complaints the bar was “still open” – officers found drinkers hidden away.

Some were on the roof trying to make the pub look empty inside.

“Officers attended the premises and found a number of people hiding in cupboards, the pub was clearly still open for business.

“What makes this more significant, is that the licence holder has already been served a prohibition notice under the [lockdown] legislation for another premise”.

The Staffordshire Arms, in Burngreave, Sheffield, also licensed to Mr Greasby, has had its licence removed too.

Mr O’Malley said there could be “long term implications” for both pubs.

All pubs were closed by the Government in March to try to prevent the spread of Covid-19.