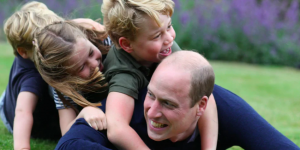 The photographs show their children Prince George, Princess Charlotte and Prince Louis playing with their father.

They were taken in the grounds of Almer Hall, their home in Norfolk. 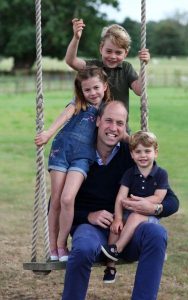