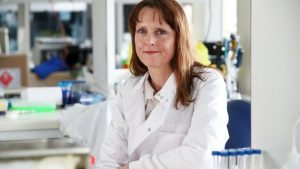 Scientists are looking at off-the-shelf mouthwash to battle coronavirus.

Initial research shows the wash could be effective in reducing Covid-19 transmission in the early stages of infection.

The study at Cardiff University looked at mouthwash and how it might damage the virus.

Previous work indicated that washes which contained low amounts of ethanol, povidone-iodine or cetylpyridinium could interfere with fatty membranes around other viruses.

The Cardiff findings suggests that COVID-19 might be similarly affected.

The team has called for further investigation and research.

That would include examining both existing and new formulations of mouthwash in labs and then in clinical trials, followed by population-based trials.

“Safe use of mouthwash – as in gargling – has so far not been considered by public health bodies in the UK.

She added: “What we don’t know yet is whether existing mouthwashes are active against the lipid membrane of SARS-CoV-2.

“Our review of the literature suggests that research is needed as a matter of urgency to determine its potential for use against this new virus.

“This is an under-researched area of major clinical need – and we hope that research projects will be quickly mobilised to further evaluate this.”

The research has been published in the journal Function.

It was carried out by teams from Cardiff University’s School of Medicine and the universities of Nottingham, Colorado, Ottawa, Barcelona, and Cambridge.