Spurs striker Dele Alli robbed at knifepoint in his house 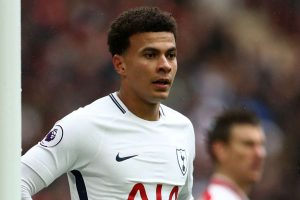 England and Spurs striker Dele Alli was robbed at knifepoint by intruders who’d broken into his home.

Alli suffered injuries to his face during the robbery.

The thieves made off with jewellery and watches.

It’s said Alli, 24, did not try to resist the two attackers.

The footballer was in his North London home in Barnet with his girlfriend Ruby Mae, brother Harry and two other people.

The robbers – both wearing balaclavas – broke in just after midnight.

“Police were called at approximately 00:35hrs on Wednesday, 13 May, to reports of a robbery at a residential address Barnet.

“Two males gained entry to the property and stole items of jewellery, including watches, before fleeing.

“One male occupant of the property, aged in his 20s, suffered a minor facial injury after being assaulted.

“He did not require hospital treatment. No arrests [were made]; enquiries into the circumstances continue.”

Alli later posted that it had been “a horrible experience”: