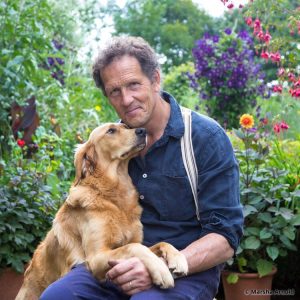 The Golden Retriever was constantly by the Gardeners’ World presenter during the BBC programme.

Nigel became a star himself – with his own fan club and social media accounts.

Last September Nigel had surgery to remove growths from his mouth.

Monty said: “To the end he was happy, healthy and his usual calm, lovely self.”

“But he was suddenly taken ill, and he slipped quietly away with no pain or suffering and is now buried in the garden with lots of tennis balls.

“See you in the sweet bye and bye.” 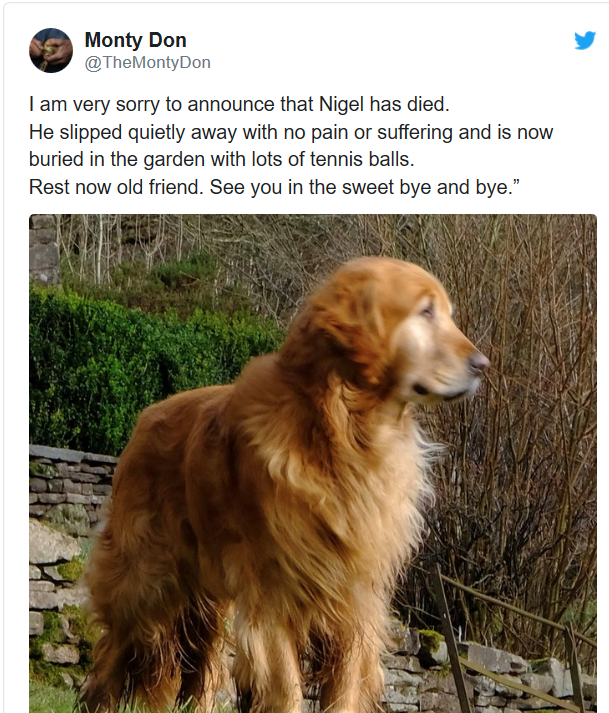