Plea to save iconic French House pub in Soho 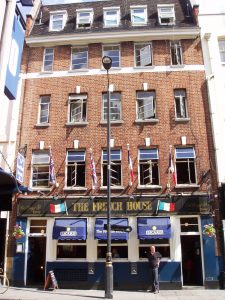 The French House, an iconic pub in the heart of Soho, is crowdfunding to help it survive.

The pub – one of London’s top five – has been closed since lockdown.

The French is renowned for its Bohemian customers both past and present.

It only serves beer in half-pint glasses – for no other reason than pint pots take up more space.

There is no “background” music playing or fruit machines.

And there is a ban on mobile phones.

Customers are actively encouraged to talk to the person standing next to them. 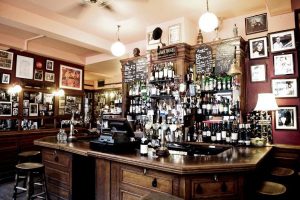 In Soho’s 50s and 60s heydays it was a drinking haunt of Dylan Thomas.

It’s said he left his only copy of Under Milk Wood under a corner table seat.

It was in the upstairs bar in 1940 that exiled French leader Charles De Gaulle wrote his rallying call “À tous les Français” after his country fell to the Germans.

However, landlady Lesley Lewis is faced with hefty bills for rent and keeping the business ticking over.

The Save The French campaign on GoFundMe calls the pub in Dean Street one of “the last bastions of old Soho”.

It adds: “It is Soho’s ‘village pub’ but a village pub that welcomes everyone, from young to old, from regulars to newcomers, from royalty to rascals, a place where everyone is made to feel a friend and part of a family.

“And friends and family look out for each other.

“In these difficult and uncertain times, and until life gets back to normal for us all, the French House is looking to its friends, its fans, and its family for help.

“The French means so much to all of us. “