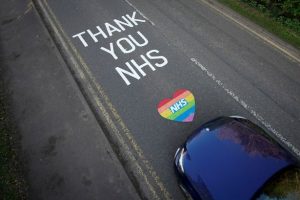 Britain held a one minute’s silence for the key workers who have died during the coronavirus pandemic.

At 11.00 am people throughout the UK stopped to reflect on the lives lost on the front line.

The Underground and bus services in London all stopped as a mark of respect.

“This morning I took part in a minute’s silence to remember those workers who have tragically died in the coronavirus pandemic.

“The nation will not forget you.”

“I am heartened to hear how many people took part in the minute’s silence to honour the memory of staff who have tragically died during the pandemic.

“We thought it was important to pay tribute publicly to those who have lost their lives to the virus, and I am proud that so many took the time to do so this morning.”

She said: “An even greater task now remains – to stop more joining the tragic number of those who have died.

“All key workers, healthcare staff among them, must be afforded the greatest protection.”

It’s not known how many care home carers have died.