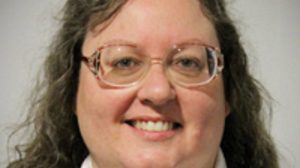 A mayor has been expelled from the Labour Party after saying Boris Johnson “deserved” to have coronavirus.

But the Labour moved swiftly to expel her.

Ms Oakes is the mayor of Heanor in Derbyshire.

She will remain on the council until the next election but sit as an independent.

Ms Oakes wrote: “Sorry, he completely deserves this, and he is one of the worst PMs we’ve ever had.”

When other social media users objected to the comments Ms Oakes replied:

“Johnson has done absolutely nothing for the UK – have you heard how the nurses and doctors have no PPE, that there were not enough ventilators, that the NHS is massively underfunded and yet it is having to deal with this virus.”

A spokesperson for the Amber Valley Labour Group said:

“Following comments from Cllr Oakes on social media, which we utterly condemn, the Amber Valley Labour group withdrew the whip.

“This means that Cllr Oakes does not currently sit as a Labour councillor and further due process will follow.

“We wish the Prime Minister, and all who are suffering with this awful disease, a speedy recovery and send love and solidarity to them and their families.”

“I would like to apologise if I upset anyone, it was not my intention.

“I have every sympathy for the Prime Minister’s family who are suffering considerably at this time.

“It must be very difficult for them, and I hope his partner and the baby are well.

“I hope that he makes a recovery and does not suffer any long-term ill effects.

“I do regret it, and I should not have said it.

“I apologise unreservedly for it. We all make mistakes, including Boris Johnson, and it will not happen again.”

“This is an extremely worrying time for Boris Johnson, his family, friends and in fact the nation.

“To say I find the comments of councillor Sheila Oakes distasteful and abhorrent is an understatement.

“As the local mayor, she should be acting in a non-political way as she represents the town, this is clearly not the case in these circumstances.” 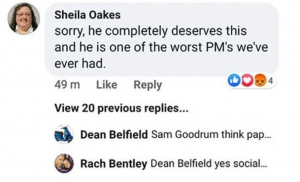