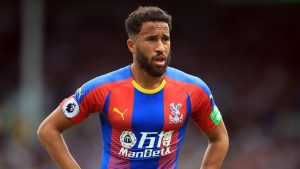 Crystal Palace and England winger Andros Townsend says footballers are being “painted as villains” for not taking a pay cut.

His defence of the stance comes after Health Secretary Matt Hancock joined calls for Premier League stars to take notice.

The Professional Footballers’ Association (PFA) accepts its players should “share the financial burden” to help ease the impact of the coronavirus pandemic.

However, the union has warned against taking a cut – or deferring wages – until a club’s finances are known.

A handful of Premier League players earn more than £18 million a year on a weekly salary of £150,000 a week.

“Football is trying to do a lot of good.

“To wake up and see footballers being painted as villains was a bit of a surprise to be honest.

“I have never been prouder to be a footballer.

“Since this crisis started to see the work that the players and clubs have done in the community.

“At Palace we have helped out the homeless, donated to local charities.

“Individual players are thinking about ways which they can help.

“I am involved in a campaign, Football United, raising money for the emergency trust.