Couples in self-isolation will lead to more divorces, warns lawyer 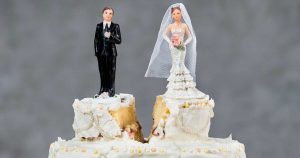 The coronavirus pandemic is “very likely” to lead to an increase in divorce cases, says a leading lawyer.

Couples who are kept in self-isolation together will soon be falling out.

“The prediction amongst divorce lawyers is that following self-imposed confinement it is very likely that the divorce rate will rise.

“Our peak times are after long exposure during the summer holidays and over Christmas.

“One only has to imagine what it’s going to be like when families are sealed in a property for a long period of time.”

The government advises that if one person in a household has a persistent cough or fever, everyone living there should be isolated for 14 days.

Lady Shackleton, who has handled divorces for Sir Paul McCartney, the Prince of Wales, and Madonna made her comments in the House of Lords during the second reading of the Private International Law (Implementation of Agreements) Bill.

The Conservative peer said she was concerned about the lack of provision relating to divorce.

She said: “When we leave the EU there will be an enormous vacuum and there has been no direction to the judges or the people who practice in this area as to what is going to happen.”