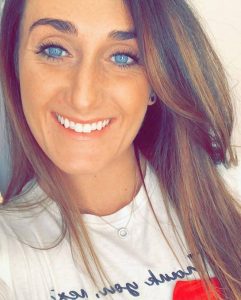 The SAS are hunting the killers of British reservist Brodie Gillon.

Lance Corporal Brodie died alongside two American soldiers at the base in northern Baghdad.

She is the first British woman killed in Operation Shader – a UK mission to train Iraqi troops.

Her colleagues described her as “larger than life”.

“She was hugely popular in the Scottish and North Irish Yeomanry and we are proud and humbled to have served with her.

“She was a larger-than-life soldier who was determined to deploy on operations, help others, develop herself and gain practical experience.”

The SAS and American special forces are now tracking down the terrorists which fired the 30 rockets from the back of a lorry.

At least 18 members were killed.

“Those who com­­mitted these acts will face justice.”

US Defence Secretary Mark Esper said: “We will not tolerate attacks against our people, our interests, or our allies. All options are on the table”.