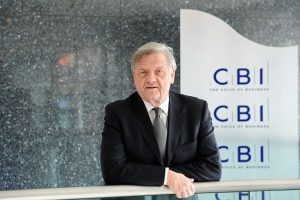 Banning Huawei from the UK’s 5G network will “significantly set back” the Government’s ambitions to give everyone better broadband access.

Sir Mike said the Government should accept the advice of experts at GCHQ that the risks can be managed.

He added: “Any attempt to further restrict Huawei 5G equipment, or to remove existing 4G equipment, will not only incur very significant costs, but prejudice trade relationships with China and will significantly set back the Government’s broadband ambitions.

“This in turn will further damage our competitiveness as an economy, at what is a critical moment.

“We cannot afford to set back the important technological and communication progress we have made, with ill-informed assertions which are not supported by the facts and the experts.

“The Government has taken an evidence-based decision and we should all support it.”

Prime Minister Boris Johnson faces the prospect of his first Commons rebellion over his decision to allow the firm to supply “non-core” elements of the 5G network.

Sir Iain Duncan Smith has tabled an amendment looking to ban “high -risk vendors” from the 5G network from 2022.

It’s feared Huawei will use its technology to spy on people and countries – an allegation the company vehemently denies.