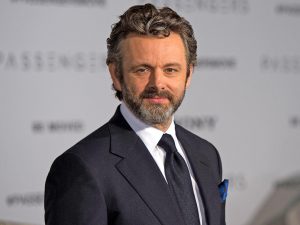 A crowdfunding campaign by actor Michael Sheen to help flood victims in Wales has raised more than £26,500.

Sheen, 51, who grew up in Neath Port Talbot, started the campaign to help communities hit by Storm Dennis.

He said: “The devastation that Storm Dennis has left behind is very real and thousands of people across the UK have lost everything.

“Friends and family of mine have been affected in South Wales and my hope is that we can raise money to help with the rescue efforts on the frontline.

“I’m aware there are many crowdfunding campaigns already live for specific causes, please do continue to donate to these.

“Anything anyone can give, big or small, will be hugely appreciated and help tremendously with those who are working around the clock to bring people to safety.”

Sheen added: “But as upsetting as it is to see these images of devastation caused by the floods, I’m also reminded of why I love this nation so much.

“I see people working together to help their friends and neighbours. I see communities coming together and helping one another.

“I see people on the front line doing everything they can to support those families whose lives have been turned upside down in the last few days.

“In order to continue this vital work, the groups and organisations who are helping the people of Wales urgently need our support.”

All the money raised from the campaign will go to the Wales Council for Voluntary Action, of which Sheen has been the president of since 2017.

Donations can be made at: