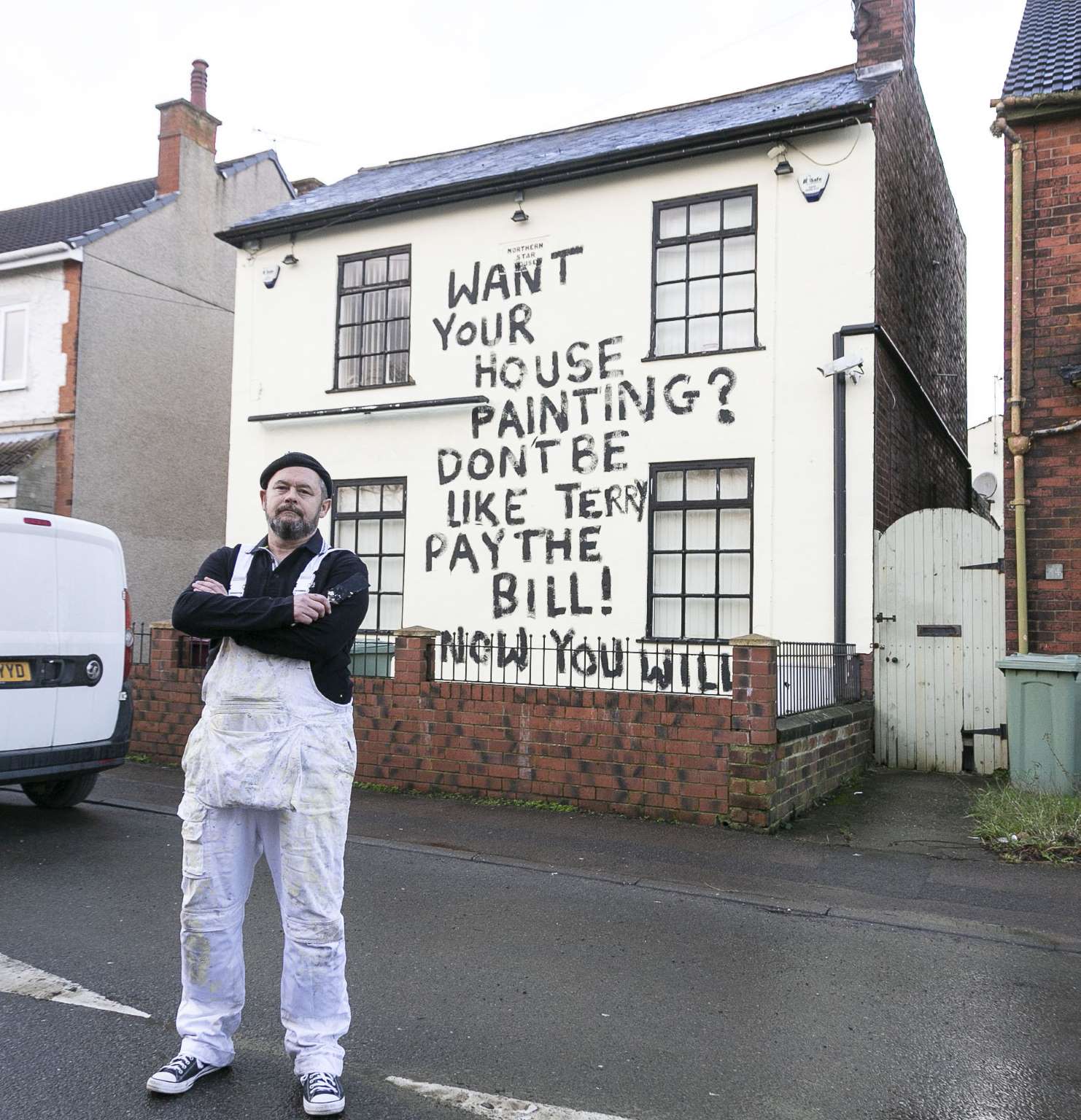 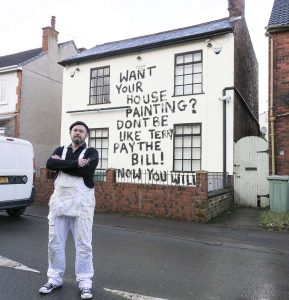 Disgruntled decorator Dean Reeves has daubed a message on a wall demanding he be paid for his work.

After being told he won’t get the money until he’d done more work, Dean took a two-inch brush and a tin of black gloss to wreak revenge.

He wrote: “Want your house painting? Don’t be like Terry, pay the bill!

The property is being converted into flats by bulder Terry Turner.

However, Dean says Mr Turner told him he wouldn’t be receiving the remainder until he “gave the back of the house another coat”.

Dean did re-paint the wall, but he claims Mr Turner then wanted the fascias painting too.

Dean said: “I did seven days hard work on it. I didn’t have lunch breaks, I worked hard all week to get it done.

“I did the work and he said if I go back to give the back of the building another coat, he would pay me.

“I went back on Tuesday and did that, but when I sent him a picture, he just said ‘that looks better’ with a smiling face.

“I asked him where my money was and he said I wasn’t going to get a penny until I did the fascias, which we’d never agreed on.”

Dean says he took the drastic action two days after being told he was not going to get the £500 he was owed.

He said: “It just got too much and I wanted to prove the point.

“I was never going to get paid, but I wanted to make sure he had to pay something to get it cleared off.”

Mr Turner has denied withholding the £500 and said he was going to pay in full once the work had been completed.