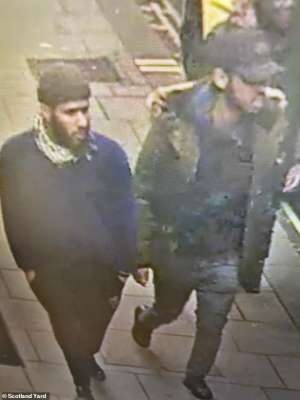 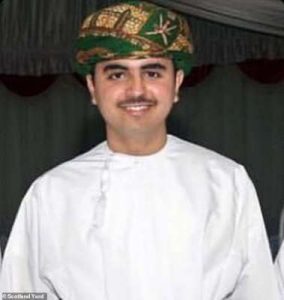 A £20,000 reward has been offered to find the killers of an Omani student mugged for his Rolex watch.

Mohammed bin Abdullah Al Araimi, 24, was murdered outside Harrods as he walked home through Knightsbridge, London.

He was stabbed in the back after refusing to hand over the watch.

Scotland Yard has offered a reward of up to £20,000 for information leading to the identification, arrest and prosecution of the people responsible.

CCTV footage of two men near the murder scene has also been released.

“The attack on Mohammed and his friend was a planned robbery that was truly shocking and extremely violent.

“I am convinced that the public can provide names for those males featured in the CCTV images we have released today.

“My team have secured hundreds of hours of CCTV footage.

‘The suspects involved in the attack travelled on foot from the Edgware Road / Marble Arch area of London to Knightsbridge prior to carrying out the attack.

“This location is therefore potentially very significant; with the persons we are seeking to identify having a connection to this area.

“There is a substantial reward being offered in this case and I ask that anyone who knows the identity of the two males makes contact with my team.

“All calls will be treated in the strictest confidence.” 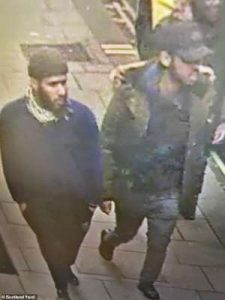 Mohammed was a student at King’s College.

He was walking back from a restaurant with his friend who was also attacked.

He was taken to hospital for treatment but later discharged.

A friend of the victim told MailOnline last month:

“’Mohammed was walking past Harrods with a friend from Bahrain when they were confronted by muggers.

“One of the thieves tried to steal Mohammed’s expensive watch – I think a Rolex – but he fought back. There was a struggle and he was stabbed.

“His friend tried to help and was also stabbed.

“This is a truly awful, shocking crime to happen in the middle of London.”

Police said anyone who might know who the two men are or has information that may assist detectives should contact the incident room on 020 8358 0300.