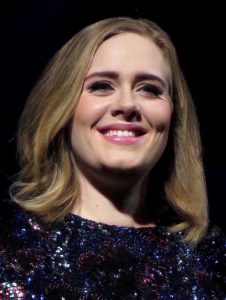 Singer Adele tipped a waiter more than £1500 after a slap-up meal with friends.

Adele was dining with Harry Styles and James Corden when she added the expensive flourishing touch to her bill.

The staff was astonished to see the singer had added the huge sum to the £360 meal bill – a 400 per cent tip.

And, she also wished the team a “Happy New Year”.

The sum is to be shared among the staff. 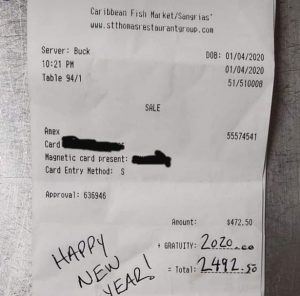