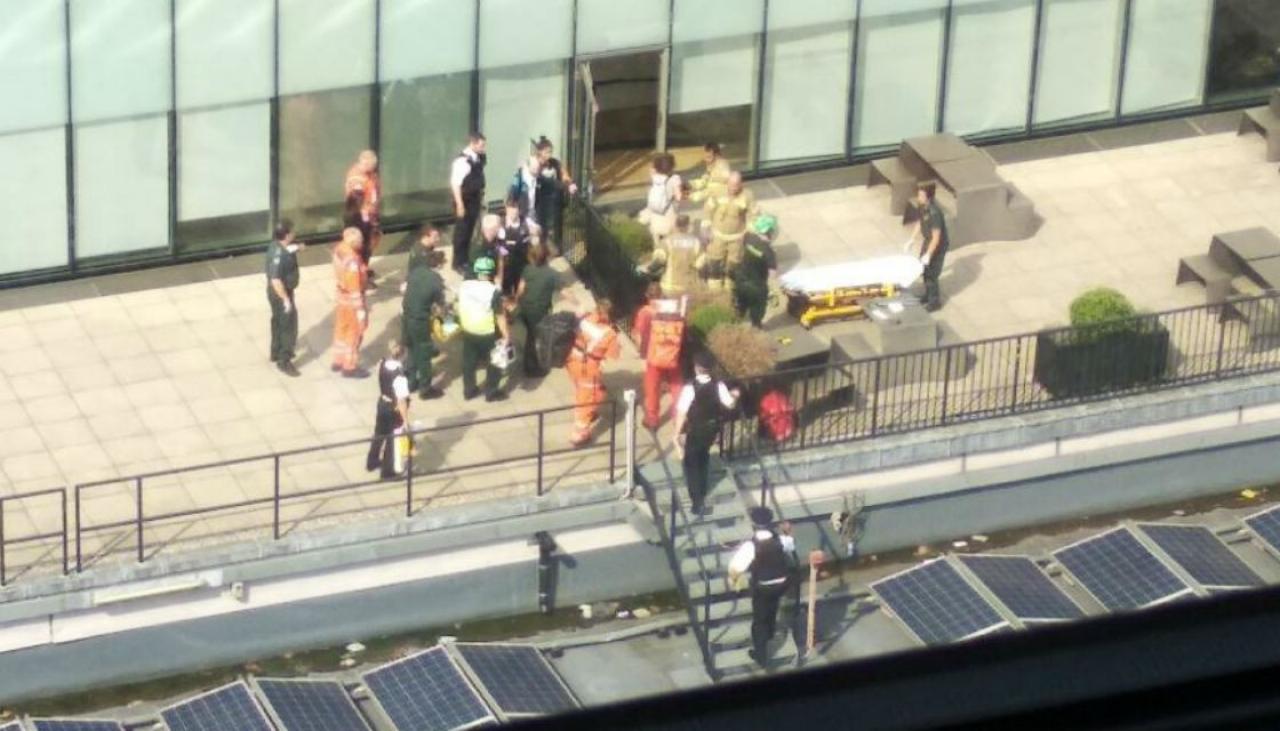 The six-year-old French boy thrown off the Tate Modern gallery has started to talk again.

In a post on GoFundMe his family revealed the unnamed boy was also regaining the use of his limbs.

The youngster – who cannot be named – was attacked by autistic teenager Jonty Bravery.

The 18-year-old grabbed the boy and pitched him off the art gallery viewing platform.

“We have very good news to share with you. Our little knight begins to speak!

“He pronounces one syllable after another, not all of them, and most of the time we have to guess what he means but it’s better and better.

The family a return to movement in his arms and legs had been physically painful.

The post said: “He also begins to move his four limbs now.

It is very difficult to see it concerning his left arm and hand, but it’s really slowly beginning to move.

“However, as he begins to move, sensations come back and he feels more pain, above all during the night, which is very exhausting for everybody, but he is very courageous, and we stay strong for him.”

The family thank GoFundMe supporters for giving – and helping the boy stand a better chance of recovery.

The statement added: “Your help makes it possible to offer our son the best rehabilitation, and for us to take care of our little boy every day, to stay with him as long as he needs with the best doctors and therapists.

“Thank you also to keep us strong with all your kind messages.

“You can’t imagine how much it is helpful.”

They added on the fundraising page: “He is making lots of progresses. [sic] We can now bring him outside in a wheelchair to breath fresh air.

“It’s tiring for him, but he really likes it, of course.

“He’s very smiling and he laughs a lot again. He begins to move his legs since a few days, just a tiny little bit but it is really wonderful to see…!”

Bravery pleaded guilty to a charge of attempted murder earlier in December at the Old Bailey and will be sentenced next February.