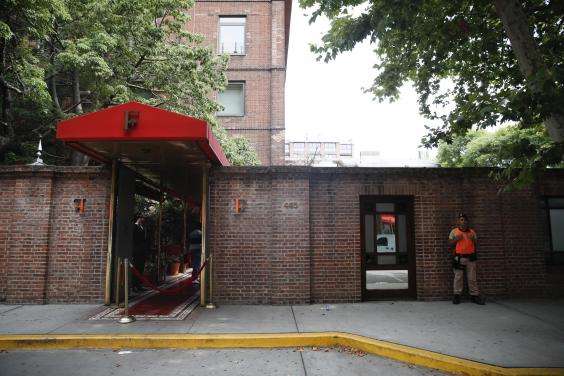 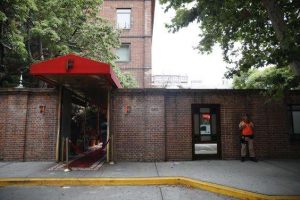 An officer stands guard outside the hotel

A British tourist has been shot dead in front of his son during a mugging in Buenos Aires.

The son was also injured in the attack outside a hotel in the Argentinian capital.

A 50-year-old man was shot in the chest and died later in hospital.

It’s reported the two men shot by motorcycle robbers near the entrance to the Faena Art Hotel.

There was a struggle before the robbers fled.

“We are supporting the family of two British men following an incident in Buenos Aires and are in contact with the local authorities there.”

The Foreign Office said most visits are “trouble-free”.

But it warned tourists to be alert to street crime and recommended to hand over cash and valuables without resistance.