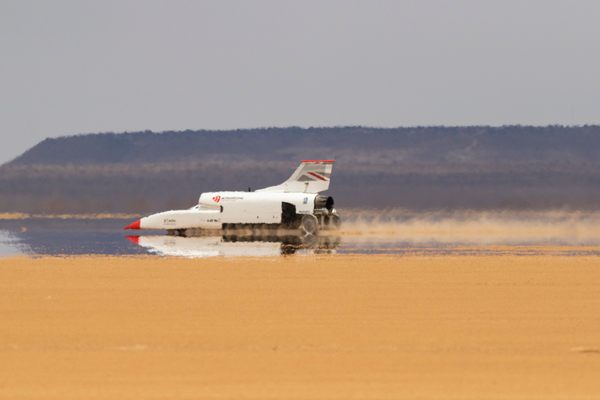 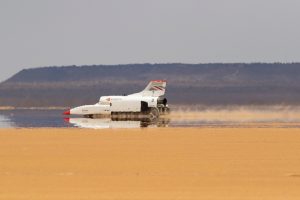 The Bloodhound LSR hit a top speed of 628 mph in its assault on the land speed record.

The vehicle, its driver and engineers have now completed a series of tests before tackling the record next year.

Over the last month the Bloodhound has increased its speed on the specially prepared track on the Hakskeen Pan in the Kalahari Desert, South Africa.

Green said: “The stability and confidence the car gives me as a driver is testament to the years of world class engineering that has been invested in her by team members past and present.

“With all the data generated by reaching 628mph, we’re in a great position to focus on setting a new world land speed record in the next year or so.”

Ian Warhurst, the British businessman who stepped in to save the finance hit project, said:

“Hitting 628 mph was a real milestone.

“We will now move our focus to identifying new sponsors and the investment needed to bringing Bloodhound back out to Hakskeen Pan in the next 12 to 18 months’ time.”

The team hopes the Bloodhound LSR can reach over 1000 mph.