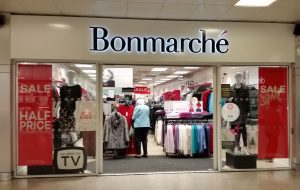 The shop chain has become the latest victim of a “sustained period of challenging conditions”, said its administrators.

The women’s outfitter employs 2,887 staff and has 318 stores across Britain.

FRP Advisory has been appointed to secure the future of the company.

“Bonmarché has been a staple on the UK high street for nearly three decades, but the persistent challenges facing retail have taken their toll and led to the administration.

“There is every sign that we can continue trading while we market Bonmarché for sale and believe that there will be interest to take on the business.”

He added that “all stores remain open and no redundancies have been made”.

It is the second time Bonmarché has fallen into administration in seven years.