Wine drinkers baulk at £5 a bottle 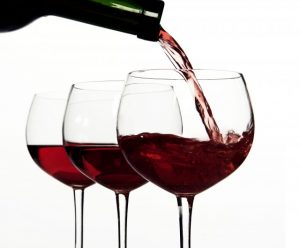 The research group Kantar claims more than 300,000 buyers swapped wines for cheaper drinks rather than pay a fiver.

It added the number of households buying wine has dropped from 71 to 68 per cent over the last two years.

It attracts more duty that other drinks.

Adding VAT increases the extra cost to £2.67 – nearly half the price of the wine.

Wine makers are encouraging drinkers to go for more expensive bottles, arguing the more you pay the more its value improves.

“While the value of the market is going up, fewer people are buying traditional red, white and rosé, which could lead to a long-term effect on the industry.”

“Because duty has risen so quickly, there are fewer deals about so you can see why some people might be put off.

“There’s not much room to manoeuvre, but for those with £5 to spend, I’d be fairly comfortable suggesting Aldi and Lidl.

“They concentrate on finding alternatives to classics that might not have the big name but are far better value.”

“Captain Planet” sets up a virtual conference for 10,000 people to address environmental issues →