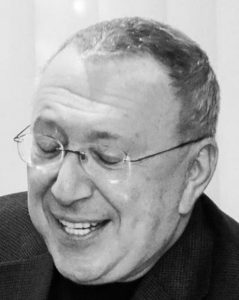 A disgraced Russian oligarch is being investigated on both sides of the Atlantic following a series of collapsed civil court cases.

The NCA has a brief to counteract money laundering, while OFAC seeks out individuals deemed to be a threat to US national security.

One organisation recently sanctioned was Gazprom-Media, with whom Gusinsky had significant dealings.

He even boasted he had an “unbreakable agreement” with them and the Kremlin.

Since 2017, multi-millionaire Mr Gusinsky appears to have brought a series of claims in America against US companies.

Most cases are filed as the Vladimir Gusinsky Revocable Trust being the plaintiff.

That entity is registered at an address in Chicago, Capital Resources Group Inc.

And, a “Vladimir Gusinsky” is named as the principal.

Is this “the” Vladimir Gusinsky or a remarkable coincidence? 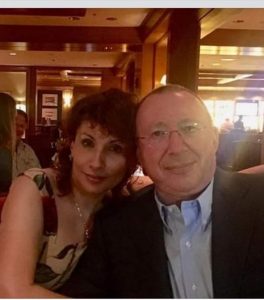 In his court actions he often cites that companies have not acted in his best interests, or those of other shareholders whom he claims to represent.

But only weeks after papers are served his lawyers almost always voluntarily dismiss the actions.

Information from court documents show Mr Gusinsky is usually represented by US firm Rigrodsky and Long.

It has offices in Delaware, California and New York, and claims to specialise in violations of federal securities’ laws, breaches of fiduciary duties by corporate insiders, and the violation of consumer protection laws on behalf of institutional and individual investors.

Just one of many claims recorded on publicly accessible records from multiple UK and US sources show that in 2017 the “Vladimir Gusinsky Revocable Trust” sued “Exar Corporation” in the courts of the Northern District of California.

The claim alleged breaches of duty by former directors, a theme repeated in several other similar looking claims by the “Trust”.

It was voluntarily dismissed not long after it was started on terms which were never – so far – disclosed.

Another example is the “Trust’s” claim against “KLX Inc et al” in 2018 before the Delaware Federal Court.

Described as a putative “class action” on behalf of “public stockholders”, it was again voluntarily dismissed quickly on secret terms.

“This scale of litigation is highly unusual, as is the multiple and repeated nature of its commencement and apparent abandonment.

“There is, of course, every possibility that this is explained by coincidence or unusual circumstances not yet apparent from any publicly accessible source, but it is surely right for the authorities to have the opportunity to seek out that explanation.”

The “Gusinsky File” has also been sent to FTI Consulting in the Cayman Islands.

They are looking into the sudden closure of the New Media Distribution Company owned by Mr Gusinsky.

NMDC collapsed after more than $5 million was paid into its accounts following a court hearing.

Mr Gusinsky had promised the London Court of International Arbitration in October 2018 that he would use the money to repay a loan to the Luxembourg based bank East-West United Bank.

The money went to four undisclosed staff for their “creative talent”.

Forensic accountants are now ploughing through the books of NMDC to discover who was paid and why.

And, given that Mr Gusinsky told the court on oath that he owned NMDC, they are trying to establish whether that was correct and, if not, who was the actual owner at the time of its closure.

There are calls for Mr Gusinsky to be re-called to the High Court to explain why he did not pay the East-West United Bank.

MPs all for action on money laundering

The “Gusinsky File” has also gone to Tom Tugendhat, MP, and chairman of the Foreign Affairs Select Committee, which has shown an interest in Russian nationals and their activities in the UK.

Mr Gusinsky has a home in Kensington and Chelsea, London.

Last year the committee called on the Government to “tighten up” on corrupt money coming into Britain and being “laundered”. 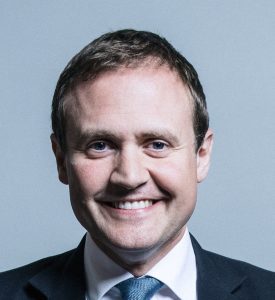 Money laundering is an illegal way to conceal ill-gotten gains made through crime.

It involves a series of complex bank or commercial transfers to “clean” money, which can then be used for legitimate purposes.

Law enforcement agencies around the world co-operate with each other to track down money launderers and the people easing the bogus transactions.

London is regarded by many financial experts to be a major centre for money-laundering, an unenviable reputation that prompted the Foreign Affairs Select Committee report called “Moscow Gold”.

After its inquiries, it demanded further sanctions against “Kremlin connected individuals”.

Mr Tugendhat said: “The Government should be taking far more seriously the threat of corruption from Russia, which is no longer a financial crime but a national security issue.

“The reality is that the last six to 12 months have shown us that it is no longer just a crime, it is a threat to national security.

“What we highlight very clearly is the link between corrupt Russian money and the Kremlin and the way that it is then deployed under Kremlin orders to further Kremlin aims.

“Whether that be corrupting countries allied to us, like Ukraine, or used to finance militias in parts of the world where we would frankly wish they weren’t, or to finance Facebook campaigns as we have seen in recent works.”

The Foreign Affairs Select Committee urged for better co-operation with the US and EU to create stronger international sanctions.

It said it allowed the Kremlin – through individuals and entities – to carry out “acts of aggression” against Britain.

The report added: “Despite the strong rhetoric, President Putin and his allies have been able to continue ‘business as usual’ by hiding and laundering their corrupt assets in London.

“Turning a blind eye to London’s role in hiding the proceeds of Kremlin-connected corruption risks signalling that the UK is not serious about confronting the full spectrum of President Putin’s offensive measures.”

Vladimir Gusinsky fled Russia in 2000 after falling out with the newly installed President Putin.

He was languishing in the infamous Butyrka Prison in central Moscow on charges of “illegal privatisation”, when he was approached by Press Minister Mikhail Lesin to sell his “Media Most” company to Gazprom.

In return, Lesin promised Gusinsky he’d close the case against him.

Gusinsky agreed, and three days later he was freed, and he left the country for Spain.

Firstly, through the Spanish courts the Russians successfully had Gusinsky arrested but later attempts to extradite him failed.

By the time the Russians asked again he’d fled to Israel.

Later, Gusinsky obtained a Spanish passport by declaring he was a Sephardi Jew – Sephardi means Spanish or Hispanic.

He also holds an Israeli passport and currently lives in St Moritz Switzerland.

Two years later, as the now called Gazprom-Media was buying the final stake in his channels, Gusinsky reached another agreement with the Kremlin – a pact he crowed that was “confirmed by Putin”. 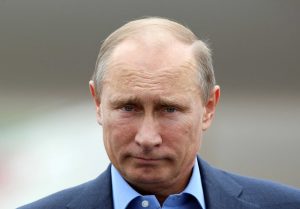 Gusinsky would call this his “unbreakable agreement” – a deal that would guarantee him endless commissions and money for his broadcast dramas.

On the other hand, the contract also prevented Gusinsky from taking advantage of a decision made in his favour by the European Court of Human Rights in Strasbourg.

The ECHR ruled he [Gusinsky] could chase Gazprom’s foreign assets in a civil action.

It’s said he “cynically” used the ruling to open negotiations with the Kremlin.

With his “unbreakable agreement” firmly in his back pocket, Gusinsky’s New Media Distribution Company (NMDC) produced more than 3,000 original episodes and picked up a host of awards along the way.

Many programmes are firm favourites with Russian viewers – “Agent of National Security”, “The War of Cops”, “Secrets of Investigation” all reached audiences of millions.

Badanin, writing for Proekt [Project] Media, uncovered the fact that content producer Panorama made each “Secrets of Investigation” show for about $125,000.

But Russian TV channels were buying them at double that price – making Gusinsky’s media empire profits of more than $500 million since 2000.

And, some people are now suggesting, given his Russian “agent of influence” abroad, that Gusinsky should be registered in America under its Foreign Agents Registration Act (FARA).

FARA was introduced in the 1940s to stop Nazi propaganda spreading in the US.

At one point the Soviet news agency TASS and newspapers Izvestia and Pravda were registered as agents.

It was reluctant to disclose its finances, board members and demonstrate evidence of editorial independence.

It has now registered.

Since FARA was introduced 221 Russian companies have been registered as foreign government agencies.

“No payments will be made”

In his book “Without Putin. Dialogues with Evgeniy Kiselev”, Russia’s Finance Minister Mikhail Kasianov recounts a meeting with Vladimir Gusinsky.

He said the media boss was supposed to pay the first tranche of the $150 million state loans given to start his NTV station.

He said: “Gusinsky was very assertive that no first, second, or tenth payment will be made on this loan. 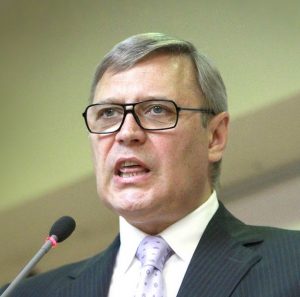 “I told him you will have to pay since the existing agreement clearly indicates dates and amounts.

“He answered ‘you are the newly made Minister of Finance and do not know anything about important political agreements’.

“He told me that his Most group supported the authorities in the 1996 elections.

“And, there was an understanding all debts would be written off because of this.

“I insisted his unconditional obligations had to be fulfilled.”

Mr Kasianov said Gusinsky’s response was to pull out his mobile phone and call the Prime Minister Sergey Stepashin. 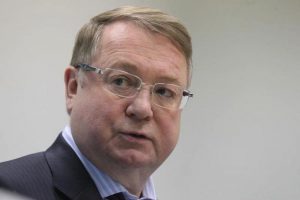 After a few brisk words he hung up. Moments later Stepashin called Kasianov.

Mr Kasianov said: “I was told to settle the question, come up with something, we do not need scandals.”

However, the matter was not resolved.

“The next day an anonymous article appeared in the newspaper Segodnya – owned by Gusinsky – saying I took ‘kickbacks’.”

Many Russians believe Gusinsky still has strong ties to the Moscow.

Gusinsky and a former business partner Konstantin Kagalovsky recently clashed in the High Court in London in a dispute over a Ukrainian television station, TVi.

After the hearing Mr Kagalovsky said: “Everyone thinks that Goose – as he’s known – is a frightened man on the run from the Kremlin.

“Well, nothing could be further from the truth.

“He has a deal with the Kremlin – something he boasted to me about – that’s allowed him to make a fortune out of supplying television programmes to Russian stations for years.

“He never tired of telling me about his special deal with the Kremlin.

“Who signed the deal and how it meant that he’d have to stay away from politics back home.

“He called it his deal with the ‘Moscow Side’ and said it was signed by the Russian Federation, Gazprom and Gazprom Media.

“And, whenever he spoke about Putin, he rarely called him by his name – it was usually ‘Big Boss this and Big Boss that’.

“He insisted he had a special relationship with Moscow, but I’m not so sure.

“I think they had him on a hook and were playing him.

“To the public Gusinsky is a political victim and enemy of Putin.

“However, it’s typical KGB practice to make an open enemy into a hidden agent of influence.

“I remember him telling me that before he went to sleep at night, he wrote of list of people he hated and kept it by his bedside.