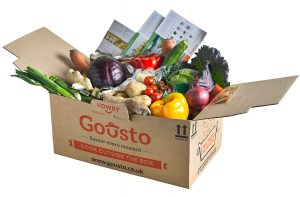 Online recipe company Gousto is to hire more than 700 people over the next three years.

The staff increase highlights the growing demand for the exact ingredients for a meal to be sent to the buyer’s home.

The jobs will be at the firm’s London HQ and its distribution centre in Spalding, Lincolnshire.

Gousto was launched just seven years ago with four people.

Bank of England told to find “missing” £50 billion in notes →