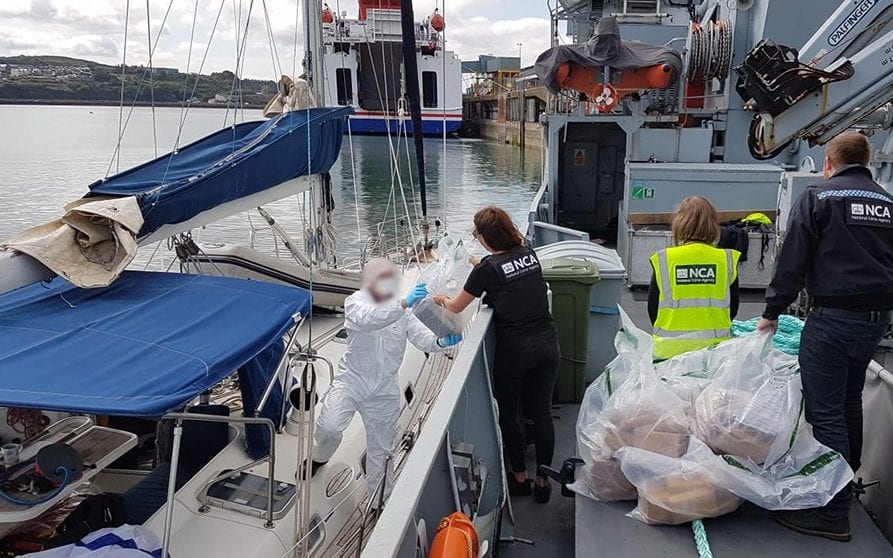 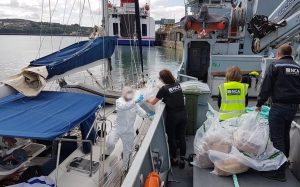 A £60 million haul of cocaine has been seized on a yacht off the coast of Wales.

Acting on a tip-off, Border Force officers on the cutter HMC Protector pulled alongside the Sy Atrevido as she neared the end of her journey from South America.

The vessel was escorted into Fishguard port to be searched by a “Deep Rummage” team.

The officers quickly uncovered 250 kilos of cocaine scattered in hiding places below decks.

However, it’s thought another 500 kilos are still be hidden on board.

The National Crime Agency (NCA) – which led the operation – said the full stash had a street value of £60 million.

Two men aged 53 and 41 were arrested on the vessel and are in custody.

Four others – three men and a woman – were arrested in Liverpool and Loughborough.

They were later released on bail until late September.

“This is a substantial seizure of cocaine, which would have generated tens of millions of pounds in criminal profits.

“NCA officers on the front line play a vital role in tackling the serious and organised criminals that undermine the safety and security of our nation.

“These drugs were intended for sale on UK streets, where they will have fuelled considerable violence and exploitation.

“I’d like to thank all those involved in preventing them from reaching their destination.

“The NCA works with partners in the UK and around the world to target the criminal groups posing the greatest threat to the public.”

“This is a major seizure and a testament to the multi-agency approach we take to secure the UK’s border and territorial waters.

“Our collaboration with the NCA, combined with excellent work from the crew of HMC Protector and officers from our specialist deep rummage team ensured that the sailing cargo did not reach its intended destination.

“Working together, we will continue to do all we can to put the organised crime groups involved in drug smuggling before the courts.”

It is hoped the seizure will have a “significant impact” on the UK drug market and disrupt county lines gangs who use children to ferry drugs from cities to smaller towns.