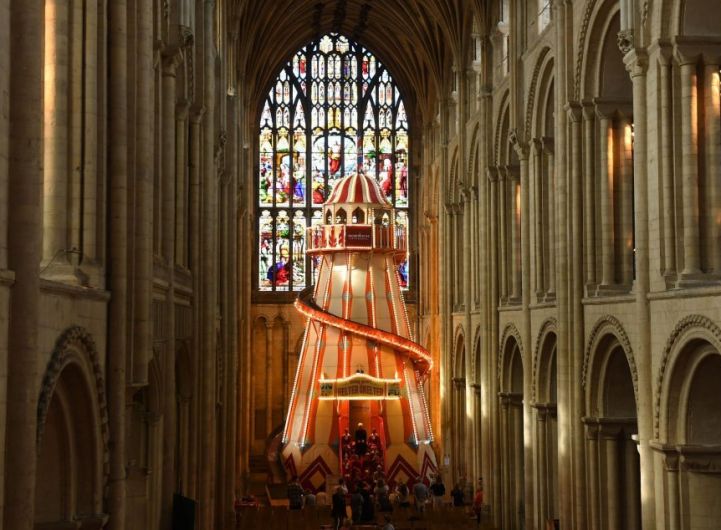 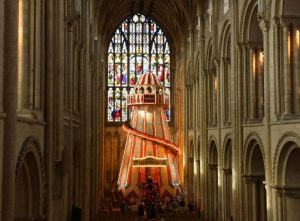 A 55ft tall helter-skelter has been installed in a UK cathedral.

The fairground ride will give visitors a better view of the ornate roof at Norwich Cathedral.

The Reverend Canon Andy Bryant said the idea came to him while he was visiting the Sistine Chapel in Rome.

He thought the 69 ft high ceiling at Norwich was just as dazzling as Michelangelo’s masterpiece.

He said: “We have one of the greatest collections of medieval roof bosses anywhere in northern Europe.

“The trouble is they are so high up that most people never get a chance to really appreciate them.

“And so was born the idea, could we get people up higher to these roof bosses and so appreciate that they are exquisite art as they are the most beautiful pieces of stone carving but also the story that’s captured within them which is the story of the Bible.”

Bosses are found where the ribs of the cathedral roof join. 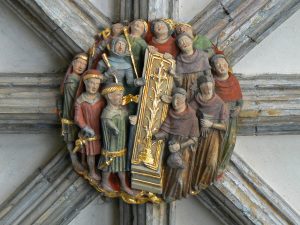 Norwich Cathedral’s date back to the mid-15th century when a new roof was built after a fire.